The Law Of Assumption Clubbed With Your Mind’s Creative Power

If you have a basic know-how about Neville Goddard’s teachings, then you must probably be aware of one thing, that Neville never spoke of the Law of Attraction. Instead, he spoke of the Law Of Assumption, which is a more accurate expression if you want to learn the way to attract both things and people into your life.

The Law Of Assumption is one’s ability to assume that you ALREADY have that which you cannot yet see in the world of Caesar as he mentioned it, in other words the physical world.

Why Am I Talking About This Physical World?

Because, as per Neville there are 2 worlds, and while they are made up of a different field of energy, as it were, both are “real” or both are “just a dream” whichever one you want to call it. That part wasn’t exactly the most important subject for Neville. Because according to him what was “real” was also “a dream” & vice-versa.

Neville called both these worlds, by the Name: the outer world of effect & the inner world of causation. The 3D world & the world of imagination. 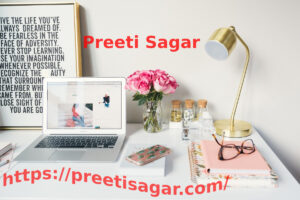 Neville was always clear about one thing that the 3D world wouldn’t be able to exist without the world of imagination, because the outer world was an effect of the inner world, the very reason behind its existence.

A house, a car, a chair, a road, a computer, a bridge, a painting, a piece of clothing, etc. EVERYTHING that is man-made existed at very first in humanity’s imagination.

But what about trees, flowers, the sky, the rocks, the dirt, the oceans, etc. How did those come into being? All of these, too, are a part of God’s imagination. Both humans & God are part of one existence. To be precise, the whole world came into being because of our God gifted imagination.

Neville very often compared this phenomenon with pregnancy. When we talk about both humans & animals, there is a time lag between conception & birth, but what has been conceived will arrive in the 3D world for sure.

Once you have planted the seed in your mind, all thanks to your imagination, you are bound to give birth to that which is a result of your imagination, in your 3D world. Imagination & assumption will take the form of a fact, as Neville used to say.

So What Is This Law Of Assumption?

The Law Of Assumption is the one’s inner power to persuade himself about the feeling of his/her wish being fulfilled. Living in the end, as if what you want to have, or be, was already yours.

Once you have created what you desire in your imagination, it has already been worked upon as per the LAW. Therefore, the PROMISE is that it will materialise into fact. Only your doubts could cause a hindrance to your manifestation.

When you have planted your desire by applying our imagination, let it grow by applying the Law Of Assumption, having full faith in the fact that it will mature in its own time.

Some desires will grow pretty fast, while others will take time, but either way, taking their own time, they will manifest.

Put To Test Your Creative Power

We all sustain on ideas. Supply your mind a certain idea for one week, and you can change its structure. Continue this exercise for 2 weeks, and you will be well fed on lovely thoughts. This is a fictitious world & you are the only one writing it. Nothing is impossible in this existence of ours.

Map your creative power by imagining a specific event that you want to happen in your life. The best time to do this exercise is when you are in your bed right before closing your eyes for the night’s sleep.

Take a few deep breaths to calm yourself down & relax, as you close your eyes. Once you are relaxed & centred, begin imagining a scene that you want to manifest. Imagining a scene is not as difficult a task than remembering something from your past. You are having a look at the scene in front of your mind’s eyes.

If you somehow lose your focus, don’t worry, just bring the scene back slowly, and keep it alive in your mind as much as you can until you fall asleep to wake up the next day .

Remember that whether you are aware about this thing or not, you are falling asleep daily with some type of images going through your brain. By being aware of such images, you can control your own world rather than letting the world control you.

You can do this exercise just one time or as many times as you see fit. The thing that matters here is that you assume that it is being properly done. Creation is already being worked upon. Whenever a thought strikes your mind, it is done without delay. To turn your imaginations into reality, it is only you that needs to be convinced.

Whenever there is a feeling inside you that makes you doubt your capabilities about achieving something, it is only because you are giving such doubts a place in your mind. And immediately after you have assumed it to be done, you have already manifested it. Just allow the gestation time to do its work place, and when pregnancy comes to term, you will see your manifestation materialise into facts in the world of Caesar.