How To Confirm That You Are The Operant Power

Take a deep dive in your past and there you will find the proof, that you are the operant power

Don’t just listen and forget it, give it a try. You are the operant power and it doesn’t operate by itself. – Neville Goddard

The very first thing to understand here, is that there is no magic pill that one can take and there will be a spiritual awakening afterwards. It is a proper process. A lot of humanity, a major part of it, was born in an environment that taught us that we are limited and at the mercy of life, the element, God’s will, etc… so it’s no wonder that it’s not “natural” for us to believe that we are the ones in control of our life and everything that we face during our lifetime. As a matter of fact, as we have created an assumption of the opposite, we are manifesting “proofs” that our assumption is right. This makes it so difficult for a lot of us, even in the manifesting community, to believe that they are the operant power and to notice proof of that. 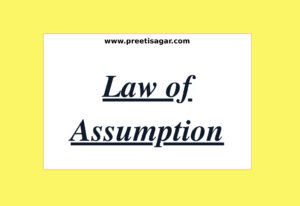 This being said, however, there is a place where you can go and see that you have always manifested your life and the people in it, much before you became aware of conscious manifesting. And this place is nothing but your past.

When it comes to me, the biggest thing that made me believe that I am the operant power was taking a walk into my past. When I noticed that everyone was nothing but me pushed out, all I had to do is remember the kind of people whom I had manifested till date, no matter whether they were romantic patterns, friends, bosses, and more. Almost all of them, throughout my entire life, and on 2 different continents, were pretty much the same.

So, as I gave a serious look into my past and there I learned that, I didn’t need anyone to convince me that “I” was the common denominator for all the people’s versions I have faced till date. And not only that, I was aware that the version that I manifested of those people was NOT their only version, because I was aware of people who knew a different version of themselves. So, there should be more than one version of each and every one of us. I, as the operant power of MY reality, manifested the “monster,” “the selfish,” “the abuser,” “the opportunist…” but I actually am aware of this fact, that other people out there had manifested a totally different version of the same people.

So, as the operant power of my reality, I manifested those people in a negative version of theirs. Since I was ignorant of the Law Of Assumption, even though I had heard about it earlier, it was not registering to my spiritual-asleep-self. It was then, where I discovered Neville Goddard’s teaching that it became both clear & evident to me. I couldn’t deny its existence. It was all there for me sitting in front of me, even if it was in my 3D “past.”

Very simple and accurate way to understand that YOU ARE the Operant Power and use that power consciously is to apply the concept of reverse engineering, as I did with myself. Pay a visit to your past with an eye for the existence of patterns.

Past is something that decides our fate. In other words, Past is our Karma and Present is its outcome.

When we say a person is experienced, in true words, we mean that he has a history. Those who don’t forget their past (in a positive way) make the best decisions. Yes, you have to let go off your past, sometimes to make inroads into a bright future. There is an old saying, “Past Paves The Way For The Present.”

So, how can you bring about a revolutionary change in your thoughts, beliefs, and assumptions then? It is now where Law Of Assumption begins its work. Because there lies in front of your eyes, the whole secret of changing your life for good.

Promises will Anchor Your New Beliefs

As adults, we are strictly made up of memories, a major part of which don’t belong to us. Between the age of 0-7, when our subconscious mind was really the dominant or our 2 minds (conscious & subconscious) we were like sponges that absorbed everything that was lying around, believing it to be true. As adults, we have beliefs that have no purpose for us. These beliefs made a home in our thought process, because they were put there by those who were unaware about spiritual law. So, unless you get rid of these beliefs you are going to manifest according to such beliefs, pretty much on autopilot. And to be precise you’ve been doing this your whole life.

Some real life examples of wrong beliefs making us waste our precious lives.

We all know that war doesn’t serve anyone. Pay a visit to underdeveloped nations like the African continent, where people are struggling to arrange food and water for one time of day, they struggle to live everyday, let alone wage a war to change someone’s mindset. And in other parts of the world, where there is food security in developed nations, they don’t value it and waste their resources for reasons that make no sense. So, if there is a common belief across the world that resources should be used for the betterment of humanity and afterwards to serve someone’s personal beliefs then the concept of war will be a thing of the past.

Our world is full of different religions and all religions ask you to believe things that in most cases contradict each other. So, people change their birth religion and move to a religion that asks them to believe that which resonates with their inside.

One climbs to a higher level of consciousness by shifting his attention away from present limitations and placing it upon that which he/she desires. – Neville Goddard

Statements go a long way in helping you bring awareness to a new story, and the repetition of that new story, over time, will solidify into a fact. Our subconscious mind is always eager to provide us proof of our beliefs (No matter: Good, Bad, Or Indifferent).