The Assumption Law of Neville Goddard 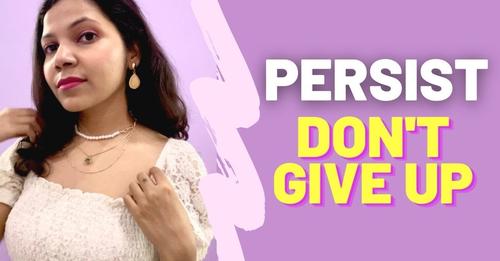 What did Neville Goddard teach about the law? And do you know the difference between Neville Goddard’s teachings and the law of attraction? If that’s the case, this essay is for you.

It wasn’t the law of attraction that Neville Goddard taught about. Those remarks were never even spoken by him. The law of assumption, which Neville referred to as “God’s the law” because it is the universal law by which everything lives and manifests, is what Neville was teaching.

You have been living by that law your entire life, whether you realise it or not, and it has shaped your reality.

This is the first blog post on my brand new website, and it will attempt to explain what the Law of Assumption is and isn’t.

The Assumption Law The Law of Attraction isn’t one of them.
But, you might wonder, what is the law of assumption and how does it vary from the rule of attraction.

When people ask me about the law of assumption, I like to explain that it’s like the law of attraction on steroids, but more accurately, it’s just the law of the universe in which we live.

When you believe that you attract things, people, and situations, you are still assuming that they are external to you. However, once you realise that what happens inside of you emerges in your reality, everything becomes lot clearer. You realise that you are no longer attracted to things because you are those things. The environment is a reflection of YOU, not an entity separate from you. The world is pushing you out.

You’ve pushed yourself out into the world.
The world is pushing you out. If you don’t know what you want, ask yourself and then give it to yourself! Do not ponder how it will happen; simply go about your business, knowing that the proof of your actions will show, and it will. — Goddard, Neville

According to the law of assumption, whatever happens in your environment is caused by YOU. As a result, assuming you ever got to understand what being in alignment means to begin with, you may get rid of this alignment thing to attract what you desire. However, the law of assumption states that once you become your want, that desire manifests in your three-dimensional environment.

Everything in the world is simply you being pushed out. So you don’t have to struggle to figure out what it means to be in alignment or raise your vibrations. All you have to do is imagine and feel what you want as if you already had it.

The Assumption Law
What you believe about the world, about others, and about yourself is reflected back to you in your life.

Nothing happens by chance; everything occurs as a result of your assumptions. There’s no need to think about vibrations, alignment, or any of the other unfamiliar terminology that so many individuals in the law of attraction community still struggle to comprehend.

As Neville used to say, what you believe and take to be real hardens into fact.

Everything is affected by the law of assumption, from the people you meet and how they treat you to how much money you make, what type of work you have, your health, your relationship, and whatever else you can think of. You are the creator of your reality, and you create it based on your inner world. That is the state in which you find yourself.

You are God, and you are going through an unlimited number of states in this lifetime. You are either in a position of knowing or not knowing that your desires are yours right now. In each case, both states are equally valid, and none is more difficult or easier to achieve. – Neville Goddard is a character in the novel Neville Goddard by Neville God

As Neville used to say, the secret to manifesting any want is to inhabit the condition of your wish fulfilled. What would it be like to be the person you want to be? How would you feel if you were the one who had everything they wanted? Your wish is yours once you can embody that state, even if it hasn’t yet manifested in your 3D world. But you won’t be able to materialise that want as long as your state doesn’t match your desire, since we don’t manifest what we want; we manifest what we are.

Do not struggle against your problem; it will only exist as long as you are aware of it. — Goddard, Neville

You have the ability to be and have whatever you desire.
Even after over 15 years of studying, writing about, and applying the law of attraction, I was never able to completely restructure my life as I desired. However, when I discovered Neville Goddard’s teachings, everything became so plain to me. It was as though the veil had been lifted for the first time.

Both my personal and professional lives began to shift dramatically. And it is for this reason that I have decided to leave my prior coaching career and devote my whole attention to assisting individuals in manifesting their aspirations and wishes using Neville Goddard’s law of assumption.

So it is my hope that you will learn how to materialise your desires simply and effortlessly through this site, my coaching services, my YouTube channel, and my highly successful Facebook group. And this isn’t simply a cliche; the law allows you to readily and seamlessly create your wishes.