Relationships of Manifestation: The Law of Assumption Life Coaching 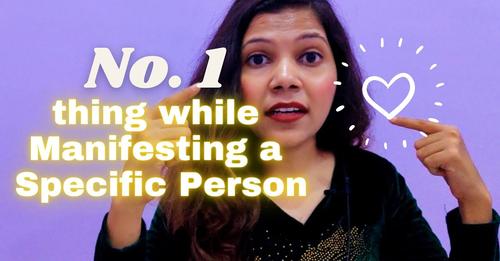 Everything that happens in this world is governed by the law of assumption. Whatever you believe to be true, whether it is genuine or incorrect, will become an actuality. To be effective at manifesting, you must first be successful as a person. Assumptions are formed and managed. If we have a lot of negative assumptions, we will have a lot of poor outcomes in life. The subconscious does not discriminate. It’s not just the good ones who show up. You will manifest negative things if you linger on negative thoughts. However, it is becoming increasingly simple to establish assumptions of your own choosing over time.Spend your time monitoring your ideas and managing what you allow into your head, and you will have complete power over what occurs in the world.

Yesterday, something interesting happened. I was engrossed in the matrix. What a fantastic film. It’s essentially a narrative or metaphor for what’s going on in real life. When alluding to those who aren’t ready to leave the matrix, even Morpheus uses phrases like “some aren’t ready to wake up.” He claims that they are dozing off. Which is true for 99 percent of the individuals on the planet. However, once you awaken, you may begin to comprehend what it takes to materialise everything you choose, to live the life you’ve only imagined to obtain anything you desire

Making an assumption is not as difficult as it may appear. It’s just as simple to get rid of assumptions. In my opinion, there are only three things that are required to create whatever that we desire. To make assumptions, follow these three simple steps. There are three simple steps to living the life you’ve always wanted to live. To simply read these three steps and not put them into practise is like to obtaining a contract promising $1 million if you sign on the dotted line. You, on the other hand, never sign it. That’s what occurs if you don’t use these strategies. If you want to live the life you want, you must start incorporating them into your daily routine.

Outline or make a list of the beliefs you want to embody, the pattern you want to see in action in the world.
Create a scenario in which you and a close friend are discussing how delighted they are that you have that assumption, or how your life is heading in a specific direction. If something happens over and over again in your life, there must be an underlying assumption. That is why we have a friend inform us we have something going on in our lives, since it will start a sequence of circumstances that will take you to that conclusion.
Use your imagination to hold a back-and-forth chat with a friend.
You can stop imagining once you have a solid situation played out.

The first step in manifesting anything you want in this world is to have a desire for it. As I explained in my blog post “The ABCs of Manifesting,” a desire is fundamentally a craving or aching feeling. It is a real longing or yearning for something. Half of the battle is already won if we have a desire. To manifest a desire, we simply need to know what to do with it. Desires are usually expressed as an emotion. The sensation is usually associated with something you desperately desire and would go to great lengths to obtain. When you feel this urge, write down exactly what you want to experience to satisfy your hunger. That is the first step.

There are a variety of approaches do this, but I’ll show you the most straightforward and successful method for achieving your goals in step two. To do so is to enter a condition in which all of your senses are deactivated. That is, quiet your thoughts and focus on the current moment. This is an important stage in envisioning your want since if you don’t do it, you’ll get varied results. When I say mixed manifestation Coach, I mean that because you haven’t quieted your mind, you will generate a mixture of the item you wish and all of the other million things you’re thinking about. This is an important step that should not be skipped. If you skip this stage, you’ll miss out on your Manifestation Life Coach. That is the second step.

The next step is to act as if this assumption has already occurred. That is to say, enter the scene as though you have already been there. Imagine that you are already on vacation if you wanted to take a holiday. Consider that if you sought a raise, you are already getting the money you want. Your salary has already been received. Enter the scenario and experience it as if it were genuine. As if that were actually happening right now.As if you’re in the scene, in your own body, experiencing what you’d experience if you were there right now. And everything seemed to be happening in real time. This does not have to be done for an extended period of time. You don’t have to make your scenes particularly long either. Make a simplified symbol of what it would be like if you were that person right now. Make certain it’s after the craving has already been satisfied. You don’t want to start manifesting before then. That’s what will happen if you start imagining how you’ll get your want.

If you’ve done everything perfectly, if you’ve utilised your imagination to join the scene of your fulfilled desire, then everything you want, whatever assumption you want, will be formed. If you want to give the impression that you are wealthy, employ this strategy to do so. You don’t have to figure out how they’ll get there; they’ll get there. There is no doubt. I’ve tried this procedure numerous times and found that it always works. It’s only a matter of imagining till it comes to life.If you start to doubt if you’ve made an impression on your subconscious mind, you can go through the technique again. There will be no negative consequences if you do so. Only be aware that if you become fixated on fantasising and are unable to let go, you are not on the correct track.

So, let’s get back to my storey. I was watching Neo move through a doorway when a black cat walked by. Then it walked passed me one more. He said to the group he was with at the time, “déjà vu.” “What did you say?” they inquired. And he added, “I had a strange sense of deja vu. A black cat passed by, followed by another that looked exactly like it “.. While watching this moment play out on the television, I thought to myself, “That’s not déjà vu.” When something happens and you feel like you’ve seen it before, it’s known as déjà vu. It’s as if you’ve already gone through it, except you can’t recall when.

I sat down for a meeting the next day, and the basket was handed around to collect donations. When the basket was passed around, it came to me, and I passed it on to Kerry, the person to my left. Another person passed a basket to him a split second after I had passed it to him. He looked at me and exclaimed, “déjà vu,” just as that happened. I immediately recognised it as a manifestation as a result of seeing the matrix. This was something that had manifested from a simple concept. I just realised I did one thing: I merely contemplated my thoughts. That is all there is to it. I didn’t do anything really noteworthy. And it wasn’t a coincidence, because there aren’t any.